Back on December 11, 2007 – 14 years ago today – The B-Town blog posted its very first story, which had something silly to do with a video it found revealing “ugly neighbors” (okay, they were fish) swimming underwater at Three Tree Point.

Vintage Way Back Machine screenshot of a January 29, 2008 B-Town blog post about a “mysterious but hot” Burien dentist.

We have also enjoyed helping many local nonprofit community organizations by providing our marketing skills to fundraisers for free, as well as mentoring many students at Big Picture High School in Burien, helping local businesses, informing thousands of residents and more.

HELP US CELEBRATE!
Here are two ways you can help us celebrate our anniversary: ​​show your support and help fund and grow our local journalism (you can cancel anytime), or sign up for our free daily email newsletter. .

If you appreciate our award-winning local journalism, please…

Our completely independent and family-friendly website has an incredible reach, as it is considered by 71% of residents as their main source of information, according to a 2018 survey from the city of Burien: First started as a hobby by a resident of Burien and a multi-award winning writer / director / television producer Scott schaefer (“Almost live! “” Bill Nye the scientist “ “The Arsenio Hall Show” “Penn & Teller: Bullsh * t! “ The Maury Island incident film and many others), the blog began after a 2007 online search for things to do in Burien for his family did not come up with any results.

Schaefer – who studied journalism for several years before venturing into film / television – was heavily influenced by one of his many mentors, Dorothy “Miss Moo” Mootafes, a journalism teacher at West Seattle High School. , who helped guide his early journalism efforts as a photographer and editor of the award-winning West Seattle Chinook newspaper. Schaefer visiting with his former journalism teacher Dorothy “Miss Moo” Mootafes at the Greek festival of Saint Demetrios, circa 2014.

Inspired by the early success of a few other “local blogs” in the Seattle area, as well as a love for the Burien community, Schaefer decided to start a new online post, initially as a hobby. He adopted the nickname “B-Town” from an ice cream shop in Olde Burien called “B-Town Scoop”, and within months the traffic started to explode. Schaefer consulted with Zev Siegl – one of the original founders of Starbucks – at Small Business Development Center (SBDC) at Highline College, as well as with business mentor and friend Larry Coffman from Marketing Magazine NW (RIP Larry!).

The two encouraged him to give up everything else and turn his little “hobby” into a full-time business.

Soon the incredibly talented Michel Brunk came on board and helped design and code the website, as well as share some amazing photos he had taken around the city.

The late and awesome Janet Grella.

Then the incredible Janet Grella joined as Director of Sales, and The B-Town Blogolution was in progress. We quickly had dozens of paid advertisers and were able to make a living! (RIP Janet)

In 2012, his wife There is a joined the team as Director of Sales, and she and Scott are now working full time as a “Mom and Pop” Internet Publishing Company Media of the king of the south, a fully independent, family-friendly local network of seven hyperlocal news / events websites for an area stretching from White Center to Kent. They are joined by an experienced journalist Jack mayne, as well as sales representative Dona ozier, critic Shelli Park, accompanied by our latest finds, talented local journalists Nicolas johnson and Izzy Wallace.

Many others have helped us on our local journalism journey over the years, and we appreciate you all!

In May 2020, the Society of Professional Journalists (SPJ) honored The B-Town Blog with a First prize “General excellence” for small posts in a five-state area for 2019 – the third grand prize that the SPJ has awarded to the B-Town blog in its history.

The judges narrowed down about 1,300 entries to 250 winners, recognizing journalists, photographers, designers, editors and more across the region, which includes five states – Washington and Oregon, as well as Alaska, Idaho and Montana. 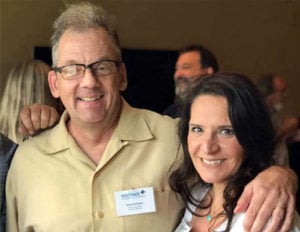 In conclusion, we would like to thank you, our readers – it has been a joy to serve local news, politics, events, arts, videos and more for such a great community – for 14 years (with many more to come!).

We would also like to give special thanks to all of our advertisers who support our mission – without you we wouldn’t be here!

If you would like to advertise and reach our engaged local readers, please email Theresa Schaefer at [email protected], or call our office at (206) 248-2565.

Spring Awakening Cast Reunites15 years later. “We all joke about what the f– a purple summer means”, Michael Meyer tells in The ones you knewHBO’s new documentary on spring awakening. He talks about “The Song of Purple Summer”, the last song of the series. He directed the musical that took over Broadway in 2006, and […]

The artificial intelligence (AI) industry is booming. A PwC 2021 survey out of 1,000 companies found that only 5% were not using AI, up from 47% a year earlier. This trend has also manifested itself in venture capital, with investors directing some US$75 billion into AI in 2020, according to the OECD. Eight years earlier, […]

It’s a chilly start there as temperatures this morning dipped into the low teens thanks to a cold front moving in last night. The cold air will however be fleeting and should move away tomorrow morning, setting the stage for several pleasant days in the region. As we take advantage of warmer weather…things are going […]