The eyes of the world are rightly on Ukraine, but we will continue to give you constant updates on the election campaign in Malta leading up to the March 26 elections.

Bernard Grech promises the return of the holidays “with fanfare”

8:05 p.m.: In Mellieħa, Bernard Grech promised that village festivals would come back in force if the PN were elected to the government.

The PN leader questioned why children were still wearing masks at school and cultural events had to follow strict restrictions before promising a return to pre-COVID celebrations.

Before speaking on partisan issues, Grech asked those present to join him in applauding the people of Ukraine who are being killed in their own country by Russian troops.

8 p.m.: Speaking tonight in Żebbuġ, Robert Abela gave young voters something to consider: he pledged to increase student scholarships by 15%.

The government had already promised to increase the allowance by 10% when it presented the budget for this year. But it’s election season of course…

Abela also promised that the government would keep energy prices stable “no matter what” and that it would give the same commitment on the price of cereals and wheat, since Ukraine was one of the main exporters of these products, continuing to protect people from any price increases.

Early voting for those who will be abroad until March 18

This sworn application can be registered with an embassy or high commission and the oath must be taken before a Commissioner.

A scanned copy of the affidavit should be sent to advancedvoting.electoral@gov.mt by noon on March 18.

Applications will open next week

Candidates can apply in line or in person at the Naxxar Election Office.

And if anyone wants to challenge someone’s nomination, they can also drop by the office to file their objection. They have March 2-7 to do so.

Are you a registered voter?

5 p.m.: The Electoral Commission is urging those whose names were not on a voter list published today in the government gazette to make contact before March 12.

This also applies to those whose contact details appear to be incorrect. If they don’t, they won’t be able to vote on March 26.

If you want to check if you are registered as a voter, click on here.

Publication of the official program of the Pope’s visit

3 p.m.: An official program released by the Vatican has ended speculation that the pope’s visit will be postponed so as not to clash with general election celebrations.

Pope Francis is expected to spend two busy days in Malta on April 2-3.

Read more about his visit here.

12:55 p.m. During an interview on NET, Bernard Grech called on Prime Minister Robert Abela to immediately stop IIP applications from Russians because the country cannot continue to endanger its security.

At the same time, it would send the message that we support Ukraine.

He also said the corporate tax cut as proposed by the Labor Party is “unworkable”.

He promised a new agency for the promotion of Maltese products, intensive educational programs to attract young farmers and producers, and support for farmers by supporting the local market and reducing bureaucracy.

11:10 a.m. The first political activity of the day will come from the PN. Leader Bernard Grech will be interviewed on his party’s political channels at noon.

‘No profit from Putin’

10:40 a.m. ADPD intervenes in the Ukraine crisis and urges the Maltese government to stop selling citizenship to Russian nationals.

Cassola hits the road with just one billboard

9:30 a.m. Independent candidate Arnold Cassola has set up an electronic billboard promoting his campaign on Tal-Balal road near Għargħur.

He says he is limiting his information campaign to this one electronic billboard and three or four other banners that will be put up during the campaign. 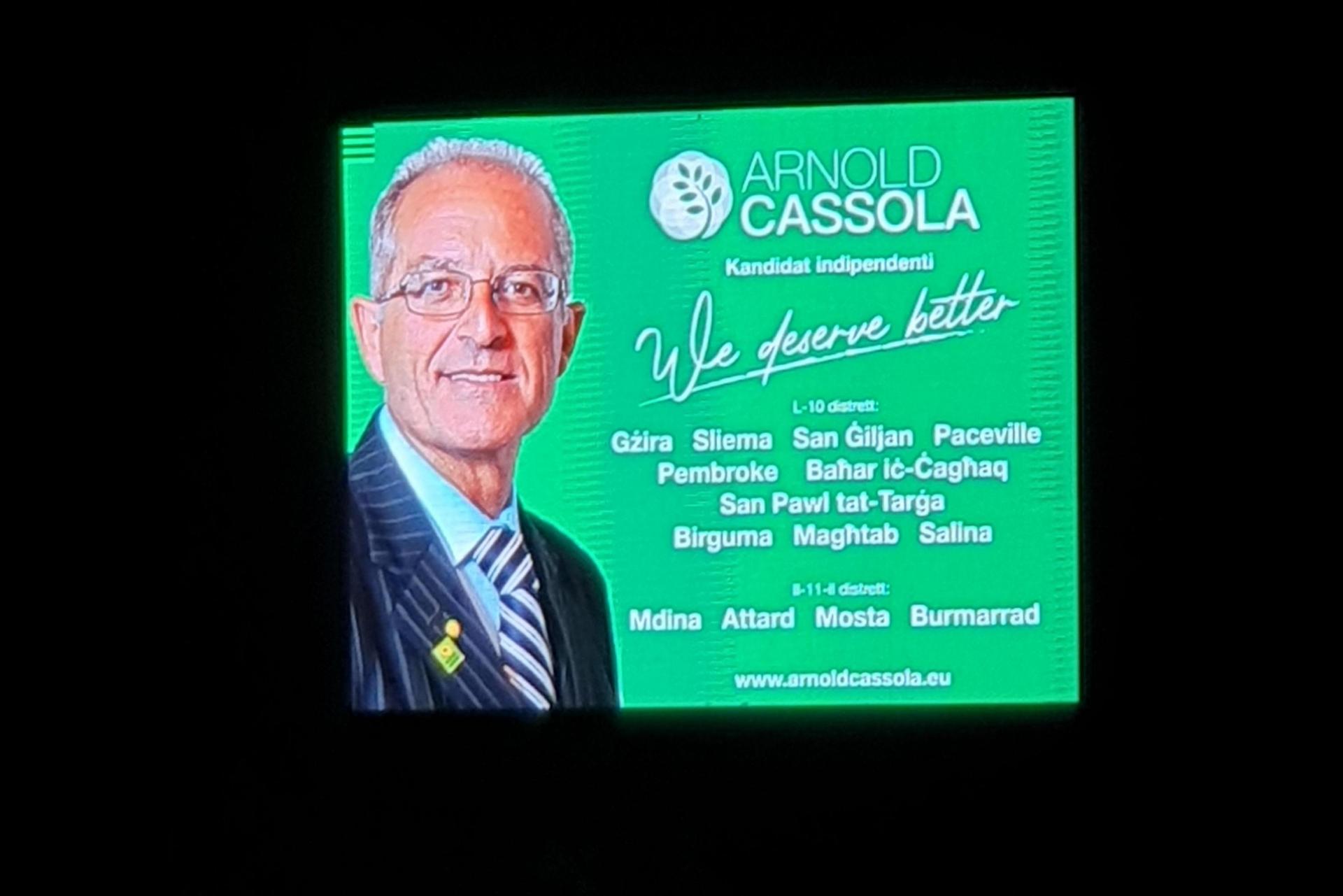 9am We are on the fifth day of the campaign, after a relatively calm day of campaigning. Prime Minister Robert Abela had to go to a emergency european summit in Brussels to discuss the Ukraine crisis, Deputy Leader Chris Fearne addressing the evening campaign event.

The culmination of Thursday’s events was the approval of the PN’s electoral manifesto, accompanied by 540 pledges.

Independent journalism costs money. Support Times of Malta for the price of a coffee.

Did you miss any of this week’s Royal Caribbean news? No worries, because we’ve got you covered with our cruise news roundup! Royal Caribbean has dropped mask requirements at cruise ship terminals. Following the rescinding of a federal mandate for masks at transportation hubs earlier this week, Royal Caribbean announced that masks would be optional […]

Derby County host Fulham at Pride Park Stadium on Friday night in their first of two matches over the Easter weekend. dcfc.co.uk has gathered all the information you need ahead of the Sky Bet Championship game (kick-off 8pm). TICKET NEWS… Tickets for the match will be on sale until kick-off. Supporters are advised to purchase […]