Three days of walking in the very heart of the highest mountains in the world, three days of leaps from discovery to discovery and learning to understand what it means to live in these remote valleys of the Himalayas. The least we can say is that this concrete approach, which flirts with philosophical introspection, once again offers us the opportunity to perceive the world in all its dimensions.

All this was made possible thanks to the touch of madness of an athlete who for years gave her all on the international judo circuit, Sabrina Filzmoser, and who today continues to open her heart to others using the values ​​of judo as a tool for development and social emancipation.

Talking about a bit of madness has absolutely no pejorative connotation, quite the contrary, because the world belongs to those who decide to do things differently. For ordinary mortals, this desire to surpass oneself for the common good often resembles unconsciousness, when in fact it is an ability to see what is beyond the horizon and to seek the best that human beings have to offer to the community.

For weeks, we have transcribed, as faithfully as possible, the adventures of Sabrina which began at the edge of the sea and ended at the top of Everest. Yet, following in his footsteps, one can understand that Forever Everest is not over; this project is still in its infancy. 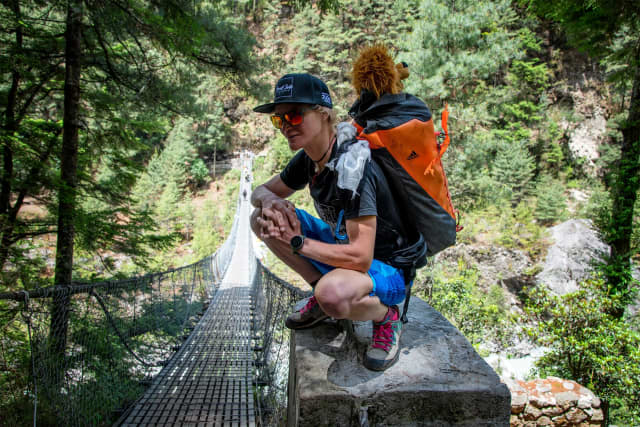 To be convinced of this, if it is still needed, you must first see it evolve in sumptuous landscapes which offer a new face at each turn of the steep Himalayan paths. Sabrina is simply in her element, an element that she has integrated into her life since her early years in Austria and has continued to develop. But above all, you have to see her interact not only with the environment but also with the mountain people, Sherpa or not, to whom she gives so much and who give back to her.

Not an hour passed on the way from Lukla at 2700m to Khumjung at 3800m without her having to stop to simply say hello or strike up a conversation for a few minutes, with all those people that learned to know, appreciate and recognize them for what they are: human beings who deserve all our consideration.

So maybe we are entitled to ask what is the link with judo? The answer is obvious: it is the values ​​of judo that brought Sabrina here and it is these same values ​​that make the life of the local communities more harmonious. It is important to say here that it is in no way a question of proselytism through sport and in this case through judo. To be convinced of this, it suffices to note that despite the difficulties of life in this region, sports grounds are already present and are an integral part of the lives of thousands of young people. Sport has the ability to be a universal language which, beyond physical effort, is the cement of life in society. 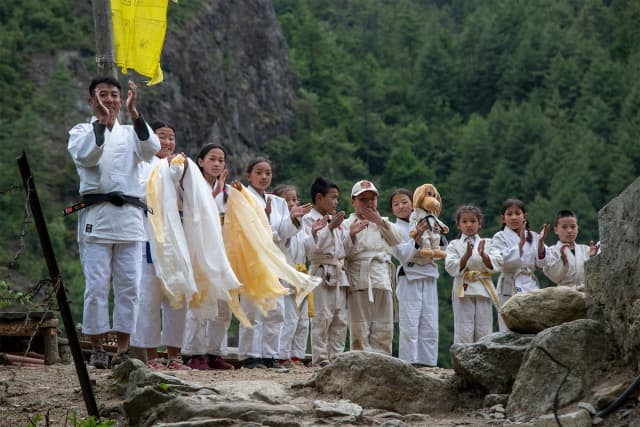 While life is so complicated when you live at an altitude of 4000m in villages that have never heard the sound of a vehicle, practicing a sport, judo in this case, only has advantages. There is obviously the physical dimension, although these young mountaineers have qualities of endurance and resistance that are already superior to normal. But there is above all the human, philosophical and moral dimension that judo can bring.

In a few decades and especially in recent years, life has been turned upside down in the Himalayas. Essentially rural and agricultural, it turned to tourism. Still very isolated, whole villages have seen an influx of hikers and mountaineers, often focused on their personal performance without much sympathy for those who have always lived in the region. The change may seem trivial, but it is not.

As a fatal consequence, very recently, the whole community has been impacted, probably more here than elsewhere, by the global pandemic. Not only was the disaster sanitary, but it was also economic, because no more tourists could come and admire the landscapes. Another major challenge, in a world of excess, is climate change. When you are lucky enough to live in temperate zones, you can sometimes complain of a little too much rain or a little too high temperature. Here around Everest, the consequences of these disturbances are catastrophic and could profoundly change the lives of the inhabitants in a very short time. In this context, which does not necessarily lead to optimism, Sabrina’s expedition offers hopeful perspectives. 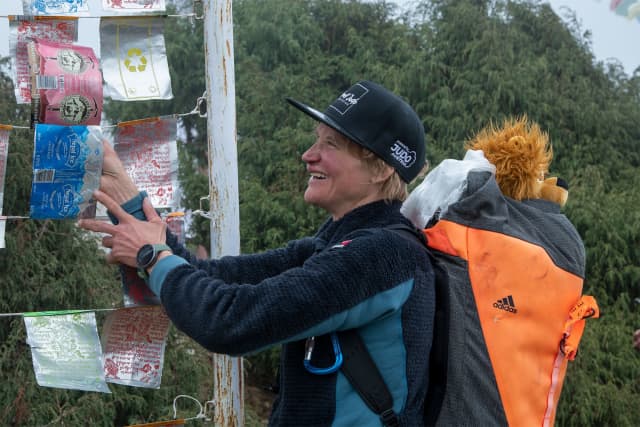 Concerning the environment, as an IJF climate ambassador, she took advantage of her crossing of India by bicycle and then of Nepal on foot to promote a way of life more in tune with nature. It is certain that this is only the beginning of a process that promises to be long in a world that urgently needs it, but we have to start somewhere.

Faced with the social disorders and the consequences of the profound changes mentioned above, which the local populations have to face, the respect and friendship as well as the mutual aid and prosperity carried by Forever Everest and by its protagonists can only bring peace of mind, without which entire social systems could collapse. 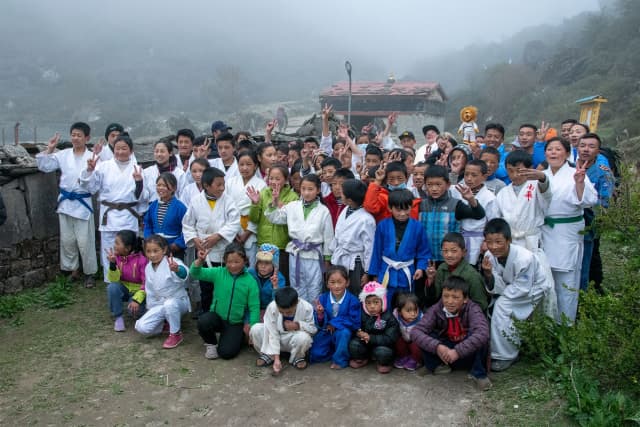 It’s not judo that will change everything. It won’t be a magic bullet. This would go against the very modesty that every judoka must show, but the Sherpa society, taken as a reduced model of what is happening on a global scale, cannot do without attaching itself to these values ​​that we put forward so much and which here and elsewhere will guarantee the advent of a fairer society. It is in this that judo must and can play a fundamental role, with respect for everyone, without any discrimination.

In three days, we learned a lesson in humanity. This integrates resilience, surpassing oneself in the service of others and respecting one’s word, to name just a few aspects revealed by hours of walking. Arrived in Khumjung, we are no longer the same. We were aware that where there was desire, there was success. The 90 young judokas who welcomed Sabrina and our delegation are living proof of this, proof that is not only symbolic, but also very concrete and factual.

New gym must be approved at park for Fulwood employment

Drawings of units 3 to 6 at Eastway Employment Park Pic: Cassidy + Ashton An application to allow a unit in the Fulwood Business Park to become a gym is in the process of being approved. Advertising The initial application for the Eastway employment park was for 10 commercial units with mixed commercial, commercial and […]

This Week DOJ announcement one of the first civil settlements under the FCA involving the abuse of pandemic flexibilities that the Department of Health and Human Services used to allow wider use of telehealth during the COVID public health emergency. Physician Partners of America (“PPOA”) has agreed to pay $24.5 million to resolve allegations that […]

The National Weather Service has issued a strong wind warning ahead of a storm system that is expected to generate wind gusts greater than 60 miles per hour Wednesday evening and Thursday morning. The system, which also generates severe weather in the Great Plains and the western part of the Midwest, also pumps warm air […]