Today is the date traditionally celebrated as the date that former slaves in the far reaches of the South – especially Texas – learned they were no longer enslaved. Some call it America’s second independence day. Despite the importance, Juneteenth until recently has been an almost invisible holiday.

Unfortunately, the freedom that Juneteenth celebrates has also been mostly invisible. Slow and reluctant progress has continued, mostly since World War II, but the resurgence of overt racism spurred by the former president appears to have slowed progress, if not reversed it somewhat.

Some might be surprised to learn that Iowa was one of the first states to recognize June 19 as a holiday. Until Branstadt returned as governor, Iowa was often a leader in equality. On April 11, 2002, Governor Tom Vilsack signed a law recognizing Juneteenth as a statutory holiday. National legislation was just passed a year ago and signed into law by President Biden.

B) Which presidential assassination attempt was released last week?

C) Well, covid finally got one of its main targets because who reported on Wednesday that they had covid?

D) Which WNBA legend announced on Thursday that they would be retiring at the end of this season?

E) The Federal Reserve acted very aggressively raising interest rates by how much on Wednesday?

F) Which virtuous senatorial candidate who publicly decried an absent African-American father turned out to have at least 3 “secret” descendants?

G) MLB has started selling tickets through a lottery for the August 11, 2022 game in Dyersville. What is the price of a ticket?

H) Hey, it’s Father’s Day. I almost forgot. Which founding father has little contact with his own son who was British governor of the colony of New Jersey?

J) The J6 Committee is considering a “tour” of seldom-visited places led by which Georgia Congressman?

K) According to Thursday’s J6 hearing, did the mob calling for the hanging of VP Pence move closer to VP Pence?

L) Police arrested 31 white nationalists crammed onto a U-Haul ahead of an LGBTQ parade in which western city?

M) In what could be a prelude to the election this fall, a county election commission in which state refused to certify the primary election due to its distrust of Dominion voting machines?

N) What is the name of the lawyer who is identified as the person who devised the plan to overturn the 2020 election?

O) The years-long story that the founder of Wikileaks took a turn when the British government ordered his extradition to the United States?

Q) A tentative agreement on what issue has been reached by a bipartisan group of US senators?

A) According to testimony at the J6 Committee hearing, which presidential aide was “definitely drunk” when he claimed he was the victim of voter fraud on election night?

S) Heavy rain over the weekend washed out roads and closed entrances to which national park as visitors had to be evacuated?

Why does God’s plan never include Republicans doing the right thing? Anonymous because I don’t know where I saw it.

A) The burglary at the Democratic headquarters of the Watergate Hotel

B) John Hinckley Jr. – His concert tour seems to have been cancelled, however.

P) What a surprise- Donald Trump

Help me understand why any senior would support a party that tells them they will cut Social Security and Medicare. – John Pavlovitz 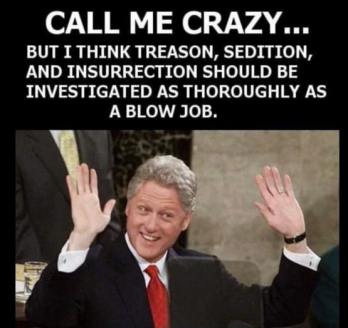 Ricardo Pepi continues his search for a first Augsburg goal when his side travel to face Bayer Leverkusen at the BayArena on Saturday (kick-off: 3.30pm). Last >> Click here for the Leverkusen vs. blog. Augsburg LIVE! Die Werkself reclaimed third place with a 2-1 Rhine Derby win over Borussia Mönchengladbach last time out, a win […]

bne IntelliNews – MOSCOW BLOG: Russia is not invading Ukraine. This crisis is more serious than that

The newspapers happily report a “possible” invasion of Ukraine by Russia since the end of October. But analysts – both Russian and international – are almost unanimous in the belief that the chances of an actual invasion are almost nil. Like bne IntelliNews reported in detail, the reasons are obvious: it would cost Russians too […]